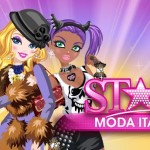 Rock the fashion scene with Star Girl: Moda Italia! This is our latest entry in the highly-acclaimed Star Girl series, and we invite you to take a stroll on the streets of Milan, one of the fashion capitals of the world. Its glamorous boutiques, Via della Spiga and the Galleria Vittorio Emanuele await your visit! Enjoy the new features and enhancements including mini-games, new costumes, new clothes and hidden game events.

It takes more than just good looks to be a shining star, especially in Milan! You’ve got to work on your talents, such as singing, acting or modeling. Before you know it, you have graced the covers of the most popular international fashion and lifestyle magazines! Always make a good first impression on every occasion! Wear your most fashionable clothes and be in your best hairstyle and makeup!

A star should be a social butterfly. Go out and have fun with your friends and flirt with the hottest guys in the city – who knows, you might meet the man of your dreams! Collect snapshots of your Star Girl Moda Italia social life and share them with your Facebook friends!

The possibilities are endless! Reach out for your dream of becoming a shining star! Strut your stuff and show everyone you’ve got what it takes to be a Star Girl in Milan!

– Lots of career options for you to choose

– Have fun chatting with celebrities with Star Chat!

Like Star Girl: Moda Italia? Visit our Product Page for more fun and exciting games for your mobile or go here for more Star Girl apps! 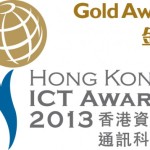 The assessment was carried out over a period of several weeks by the Hong Kong Computer Society and the Hong Kong Productivity Council acting on behalf of the Hong Kong ICT Awards 2013 scheme. The awards were presented to Animoca at a formal ceremony and gala on April 8, 2013.

Animoca, the consumer facing brand of Outblaze Ventures, achieved considerable success in its first two years of operation, not only reaching profitability but also becoming one of Asia’s largest app game developers and publishers.

Star Girl is a free game developed and published by Animoca, available for Android, iOS, and Amazon. Star Girl lets players create a virtual celebrity and determine her career, appearance and social life. The highly-rated game features music by Blush, the Hong Kong based girl band who made history by being the first Asian artist to reach both #1 and #3 on the US Billboard Dance Chart. Download Star Girl from Google Play, the Amazon Appstore, and Apple’s iTunes.

After receiving the awards, Outblaze CEO and Animoca co-founder Yat Siu commented: “We are deeply honoured by this recognition. The international success of Animoca in the highly competitive app game development space is a positive reflection on Hong Kong’s vibrant and rapidly growing technology industry, and these two HKICT awards recognize the uniqueness and strength of the Outblaze and Animoca business model.”

Animoca (Outblaze Ventures) was founded in Hong Kong in 2011. The company was incubated at Outblaze, one of Hong Kong’s most renowned technology companies. Animoca grew quickly to become a globally recognized multiplatform developer and publisher of entertainment applications (apps) for smartphones and tablets, accruing hundreds of Top 10 Charts entries all over the world. Animoca produces and publishes original games like the Pretty Pet Salon series and the smash hit Star Girl among many others. For more information please visit www.animoca.com and www.outblaze.com.

About the Hong Kong ICT Awards

Launched in 2006 with full support from the Office of the Government Chief Information Officer, the annual Hong Kong ICT Awards aim to recognise and promote the achievements of local information and communications technology (ICT) professionals and organisations working in ICT innovation and application. For more information please visit http://www.hkictawards.hk. 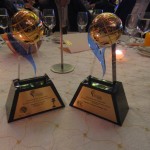 Our hard work must be paying off! Animoca (also known as Outblaze Ventures) took home two major trophies at the Hong Kong Information & Communication Technology Awards 2013, or HKICTA. This is what we won:

The HKICTA is the leading technology awards programme in this part of the world. This scheme is backed by the Hong Kong SAR Office of the Government Chief Information Officer, and exists to recognize and promote the best achievements of the territory’s technology industry.

If you don’t know much about the Hong Kong technology scene, consider that Forbes recently named this city the world’s top technology capital to watch after Silicon Valley and New York.

Here is a photo of a few Animocans at the gala dinner and presentation ceremony:

Grabbing two of the top awards at the most prestigious awards event in the city is a fantastic accomplishment for Animoca and we are all immensely proud. The production team behind Star Girl in particular was so excited that their game won top honours that they promptly managed to break the trophy with their excessively enthusiastic handling.

Good job we have two awards! Fortunately the trophy was quickly repaired after we succeeded in calming down the Star Girl team.

Animoca would like to thank all our fans and players, whose support helped us to win these awards. Thank you for following us, supporting us, and playing Animoca games!